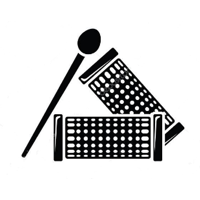 And she did it again! For what was possibly the hundredth time this hour, Isabella looked at him, and smiled! And that was the problem. She, the girl I fell in love with, smiling at my best friend James. If you’ve ever heard of something more awful, let’s hear about it. And what was even worse was that I knew exactly why she was smiling at him. She was smiling at him, because he has these beautiful, golden curls, shining in the sunlight. And because I don’t, she wil never like me, it’s as simple as that. My hair has this boring brown colour, is as straight as it can be, and a bit greasy because I never find the time to shower. Horrible, isn’t it? I can’t change how I look, and therefore Isabella will never, ever love me. Sounds logical, is terrible.

“Hey Gabriel sweety. So, how was school today?”

Saying to your mum that school was as unbearable as it always was wouldn’t be the smartest thing to do now, would it?

Which wasn’t a total lie. In fact, I got an A for mathematics. Highly unusual, but still.

Why are mothers so irritating?

“Oh fine, just fine. And I want to finish my homework before dinner, so…”

So I ran to my bedroom upstairs. And before you ask, I did certainly not plan to do my homework. That’s for nerds like James. James, the cute boy who always has the best grades, and is always kind, and friendly, and funny, and… Never mind, his curls. Without curls he would be just as boring and unspecial as I am. Now, if only I had those curls, everything would be fine. Isabella would love me, the teachers would love me and give me an A as well, the rest of the class would stop ignoring me… but without curls I was nothing. Just a boring teenager, not special, not likeable, nothing. I had to have curls. How could I get curls? With gel? I tried that an endless amount of times, and every time it gets one sticky mess. No, there must be other ways. I opened my laptop and started google. Google was the answer for every teenage question.

And I was right. There were other ways. After a highly embarrassing scene in the pharmacy next day, I got what they called ‘curlers’. And trust me, it is very embarrassing to walk into a pharmacy shop and ask where the curlers are. For my mother, I tried to say, but they didn’t believe me. Not a great beginning.

And now I was looking in the mirror, trying to find out how on earth these things worked. No wonder only women use them. After an hour of getting more and more frustrated, I discovered what I had to do, (google truly is fantastic) and, well, let’s just say that I wasn’t exactly happy. Those small tubes of plastic with at least a hundred pins each, putting in my hair? And then go to bed? Absolutely crazy, but I stole my mother’s hairdryer, heated my hair, and began putting those dammed curlers in. Because of the noise of the hairdryer, I didn’t hear the doorknob turning, and the next thing I saw was the reflection of my mother’s surprised face looking at me. I almost dropped the hairdryer.

Horrible, absolutely horrible. I think I will have nightmares about this for the rest of my life.

“You could have told me, you know. It is nothing to be ashamed of, really.”

“No mum, you don’t understand, I most definitely am not…”

“Your father and I will accept it deary, it’s all right. Just admit it to yourself.”

“Well, let me think. You are not gay, but you do want nice curly hair.”

“Yes, I see. Well, I’m glad that we discovered this at such a young age.”

She smiled at me and walked out of the bathroom. Great. Now my mother thought I was gay, which I really truly am not. I just want curls, that’s all. I want curls because then Isabella would like me. See, I’m not gay. But mothers never believe you on these things. So, I went to my bedroom, locked the door, and pretended I didn’t hear her knocking. Terrible day. It couldn’t have been much worse, I thought. But how wrong I were.

Next morning, it was Monday. And on Monday I had gymnastics. So, I opened my drawer with underwear, and stared at it in shock. All, and with all I really mean all, my normal underwear was gone and replaced with ridiculous, pink underpants. And there was only one person who could have done this. My mother.

“Mum! Where is my underwear!”

I stormed into her room, and nearly knocked her over.

“In the drawer where it always is.”

“No it isn’t! There’s only pink stuff in there.”

My mother looked at me lovingly.

“It’s to help you make the change.”

“It’s good for the other boys as well. So that they can help you.”

So that they could help me? Was she insane?

But of course she didn’t listen. And knowing for sure I was going to die within the next hour, I cycled to school, in my pink underwear.

It was as dreadful as I feared it would be. I did my best to hide it, but failed miserably. The next thing I knew they all came to the same conclusion and started calling me Gabriella. And they didn’t stop after gymnastics. So during physics the whole class came to know about my ‘little change’. But something happened that was so terrible it didn’t even cross my mind. Isabella came to me.

“Is it true? Is it true that you’re wearing pink underwear?”

I gulped. Not good.

“And you have curls now?”

See? That’s the exact conclusion everyone made.

“You know what? That’s a big relief.” Isabella said, with a wonderful smile. To me.